At last this drawing is finished. I love how it turned out. This was slow because of the game keeping me from doing basically everything. 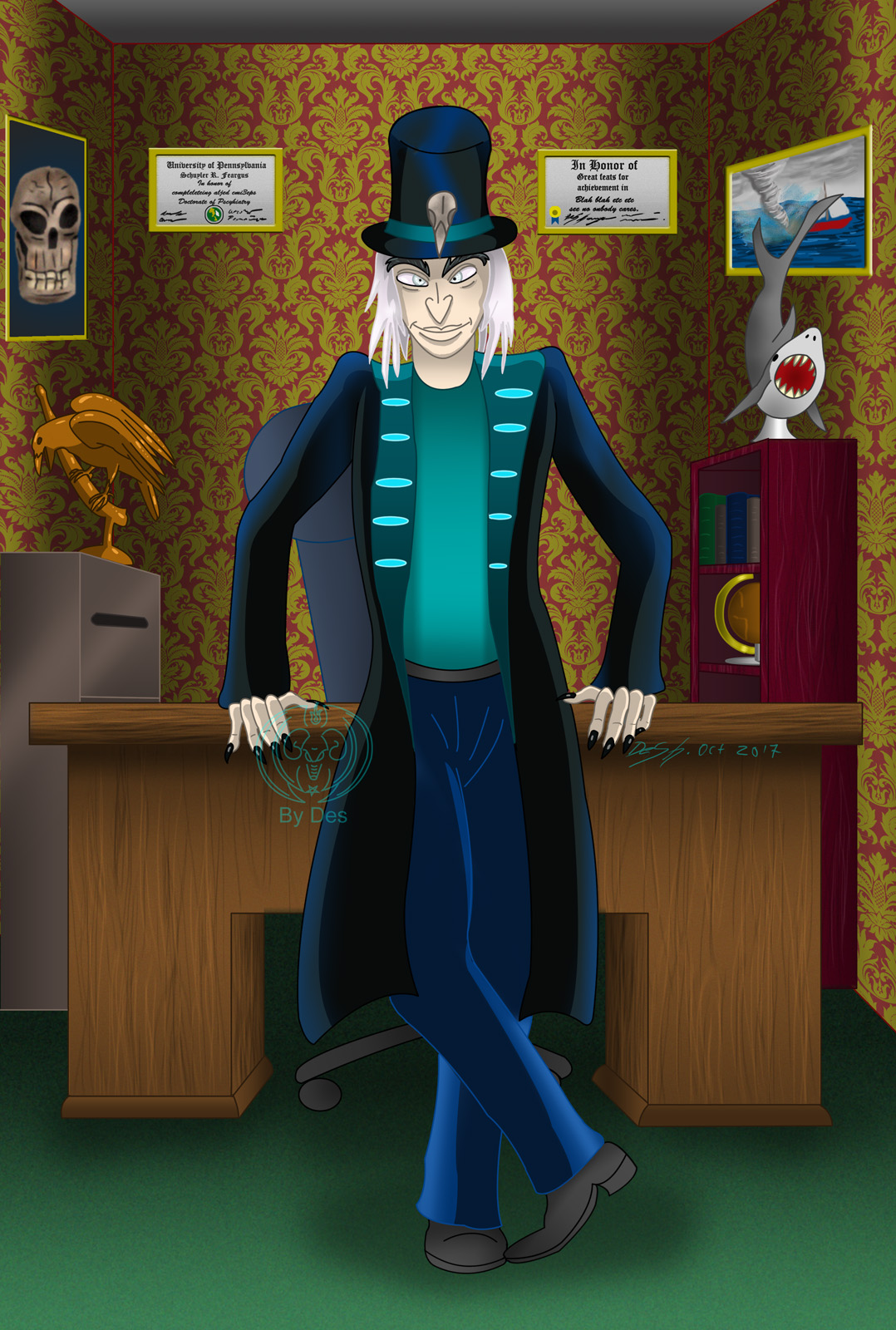 Schuyler Raithdoyle Feargus. He has white hair and white eyes. He kept that unique white eyed trait from his true form. I don't think this is the final design for his office. It is just want came to mind and really he would have a very modern techy office so the background is completely wrong except for having scary statues and paintings around. So some info on him again. He's 28 years old. INTP personality as that did not change from his true form. He pretends to be a doctor of psychiatry and specializes in phobias and fears. Naturally he's quite good at what he does. Sometimes he does help his patients since his dual nature is also to protect as well as to terrorize. But it's all for his own amusement too so he likes to "cure" phobias but replace them with new ones that his patients don't realize. They keep coming back to him because of this. I hope to write some stories with George too as he'd meet up with his old friend after the incident in Triangulum.

So what have I been up to? Lots. Dragon's Dogma mostly. I've got all my accounts past where I had them before the crash and even more advanced for some. I'm mostly working on the main account now with Schuyler arisen and pawn version. Schuyler pawn has Gord as the arisen and though I hate Gord I've kind of gotten used to him. He is a very good fighter. Right now I have him set to mystic knight though I don't think I like that and will probably change him back to a regular fighter.

Chris and I are loving our new headphones. I got one more pair coming as I ordered the teal h.ear ons. I found out they were discontinuing them (story of my life) because Sony is coming out with the new model. They are limited over seas right now not sure when they will come to the US but I don't like the new colors. They toned them down so I'm willing to give up extra features because the original colors were just amazing. After the teal I love the yellow and the pink.

I'm also happily tending to my plants. I love my nepenthes and they all are doing great. My N. spathulata x campanulata is getting a flower. I'm surprised and it must be a very happy plant to do that because it's so young to be flowering. Soon I will know its gender. Right now they are buds and I can't tell if it's a male or a female.
.
Collapse